There are many technologies available right now to choose for software development. In this article, we’ll focus on the comparison between VueJS and React.JS to see which one is better.

To start with, let’s take a quick look at the pros and cons that were named by the State of JavaScript report. The report was created by surveying 23,765 developers in 137 different countries.

Check out this comparison of happy and unhappy React developers:

What are the advantages of React? (Rated from most popular to the least popular.)

What are the disadvantages of React? (Rated from most annoying to the least one.)

Check out this comparison of happy and unhappy Vue developers:

What are the advantages of Vue? (Rated from most popular to the least popular.)

What are the disadvantages of Vue? (Rated from most annoying to the least one.)

In the charts above, we’ve compared the opinions of those developers who work within one framework. Let’s compare Vue and React side by side.

To understand the differences between these two JavaScript frameworks, let’s look at a practical example of a comparison between React and Vue. We’ll also take a look at Google Trends.

For our experiment, we’ll create two apps that will allow our users to add items to the to-do list and remove them. Both applications are developed using standard CLIs (Command-Line Interfaces) – create-react-app for React and Vue CLI for VueJS.

The CSS for both projects is the same, and the only difference is where the corresponding files are located. Let’s check out the projects’ architecture:

The significant difference is that React app has three CSS files, while the Vue application doesn’t have any at all. How come? React components are equipped with the CSS files when you use create-react-app. Vue CLI takes a different approach, where you declare styles inside specific component files.

Despite these differences, both React and Vue reach the same goal. At the moment, we’ll follow the standard CSS approaches in the CLI of the frameworks in question.

Let’s talk about the differences in detail.

HOW TO CHANGE DATA IN REACT OR VUE

By changing the data, we mean making changes to the information in our application, which is exactly where the main difference between React and Vue is.

Vue creates a data object, which contains the data is, and the developer can easily change the contents. React, on the other hand, creates an object called “state,” where the state of the app is stored, and where the data changes are made. In case you wonder why React is so complicated, everything is arranged for a reason, and we’ll discuss it a bit later.

Here’s what the data object in Vue looks like:

Here’s what the data object in React looks like:

As you can see, in both cases, we describe the same data, but it’s organized differently. As a result, we can say that the initial data transfer to the components in both Vue.JS and ReactJS look very similar, it’s changing the existing data that is different.

Suppose we have a data item like a name: ‘Helga’.

The result of such an operation is the same, despite the Vue way being more straightforward. In React, you have to write more code, but in Vue, there is something like a particular version of the setState function, called when the data changes.

HOW TO ADD NEW TODO ITEMS IN REACT AND VUE

The ‘input’ field has an attribute value. This attribute is updated automatically through the use of interconnected functions pair that form a two-way data binding. We create this type of two-way binding due to the presence of an additional onChange event listener attached to the input field. Let’s take a look at this field’s code so you can understand what’s going on.

When the user clicks “+” button on the app page to add a new record to the list, the createNewToDoItem functions calls this.setState method and passes the function to it.

This function has two parameters:

The function then returns a new object that contains the old list array, adding the new todo element to the end of the array.

The v-model directive binds a field to a key that exists in a data object called toDoItem. When the page loads, an empty line is written in toDoItem and it looks like todo: ”. If there is data there, something like ‘Add some text here’, the same text will appear in the input field.

In any case, if we return to the example with an empty string, the text that we enter in the field will be added to the todo property, due to data binding.

HOW TO DELETE ITEMS IN REACT VS VUE

While the deleteItem function is in the ToDo.js file, you can access it from ToDoItem.js, passing this function as property at first to the <ToDoItem />.

Passing this function first makes it available to ‘child’ components. In addition, we bind this and pass the key parameter. This parameter is used by the function to distinguish the ToDoItem element that should be deleted from other elements. Then, in the ToDoItem component, we write the following:

All that needs to be done now to access the function located in the parent component is to use this.props.deleteItem construct.

We need to perform three actions:

1. Call the delete function to work with the element:

2. Create the emit function as a method in the child component (in this case, in the ToDoItem.vue):

This is what is called a custom event listener. It responds to emit calls with the delete line. If it captures a similar event, it calls the onDeleteItem function, which is located inside ToDo.vue, and not in ToDoItem.vue. This function, as mentioned above, filters the todo array located in the data object to remove the element that was clicked on.

Also, in the example using Vue, one could simply write code related to the emit function inside the @click listener like this:

This would reduce the number of steps required to remove a list item from three to two. It is the developer’s call on how to proceed with this.

To summarize the items deletion process,

IN CONCLUSION: REACT VS VUE?

Once we’ve analyzed the examples, the similarities, and differences in Vue and React are easy to see. Of course, there are other differences between these two frameworks, but I hope that what we’ve covered here will be a good basis for understanding how React and Vue work.

The question of which framework to choose often arises when you are looking for a good platform for a project. We hope this material was helpful to make that choice.

Here at HUSPI, we prefer React because even despite its certain inconveniences (as might seem at first), it can do whatever you want, whereas Vue is great for certain things, but not for everything.

Also, we tend to trust the developers’ community and collective thought. Check out the Google Trends in the United States for the past 5 years, comparing Vue.JS and ReactJS:

Interestingly enough, here is worldwide statistics comparing the Vue and React in the last five years – as you can see, Vue used to be a prevalent technology, but at the end of 2019, it lost its positions quite drastically, and now React is once again a hero:

HUSPI has been named one of the Top Enterprise Development Companies according to the SDCR site.

Home » Blog » Which Is Better: React or Vue? Choosing the Technology for 2021 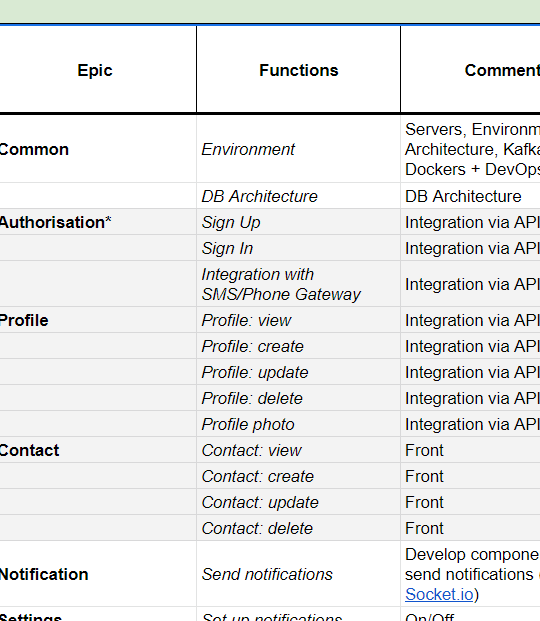